If you or a family member are the victim of sexual abuse, you may have still time to bring a lawsuit.

Even if your time to bring a lawsuit has expired,
Pennsylvania may soon pass legislation creating a "civil window"
to the statute of limitations
extending your time to file a lawsuit as the victim of childhood sexual abuse. 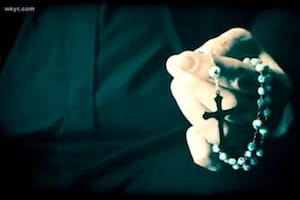 Upon the conclusion of its investigation, the Grand Jury composed a comprehensive report spanning more than 800 pages. A redacted version of the report was ultimately released to the public in August of 2018 and can be seen here. The stunning report named over 300 Catholic priests who had committed sexual abuse while serving in Pennsylvania, as well as exposing numerous senior church officials who actively concealed credible allegations. These concealment efforts often included transferring accused priests to other parishes without warning parishioners.

For sexual abuse victims whose abuse took place before 2002, the statute of limitations provides only two years to file a civil suit. For a victim whose abuse occurred after 2002, the law provides the right to sue until they are 30 years old. The claims of almost all victims of the sexual abuse detailed in the Grand Jury Report are governed by the two-year statute of limitations. Therefore, at this time many victims are foreclosed from pursuing any legal recourse against their abusers. 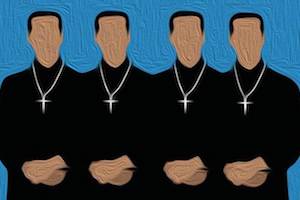 The Grand Jury Report also set forth recommendations for legal reform which would give all victims of childhood sexual abuse a better chance to attain justice in Pennsylvania. The recommendations included the abolishment of a criminal statute of limitations for child sexual abuse charges, and the creation of a "civil window" to allow victims of sexual abuse to bring civil claims that would otherwise be barred by the statute of limitations.

Following the Grand Jury's recommendations, the Pennsylvania House of Representatives amended House Bill 612 to include a two-year window to allow civil suits by victims whose claims were previously precluded by the statute of limitations. Notably, the legislation seeks to allow victims to hold organizations, such as the Catholic Church, civilly responsible in addition to the individual abusers. Many supporters of the bill cite the vast efforts by powerful organizations to silence sexual abuse allegations as a driving reason to allow victims to now pursue lawsuits through a "civil window."

In September of 2018, the amendment to House Bill 612 passed with overwhelming support in the Pennsylvania House of Representatives and can be viewed here. However, progress was halted when the Pennsylvania State Senate chose not to vote on the bill. It stopped there. As a result, many victims are unable to pursue financial compensation for the pain and suffering they have endured.

If you or a family member have been the victim of sexual abuse, please email LA@AussprungLaw.com or call 855.770.0902 for a full, no cost, evaluation of your case.